Whilst London is frequently touted as a hub for creative activity, a reported 7,620 business professionals have left the capital for smaller cities like Birmingham in the past year.

We have previously recognised Birmingham as a potential hub for creative sector growth (thanks to HS2, lower costs of living and business investment potential), but we now wish to address specifically why you should relocate to the region.

With January prompting people to make significant lifestyle changes and the job market experiencing a peak in both candidate and client activity, there seems like no better time than the present to consider your options in making a move. In doing so, there are obvious aspects you need to consider: 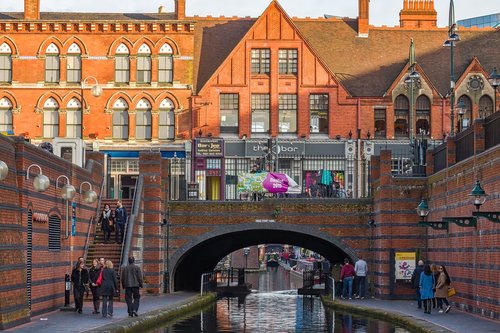 If you are a recent graduate hungry for a top salary, then Birmingham may not potentially be the place to move. With an average graduate salary of £21,823, starting wages in the Midlands region are low comparable to Glasgow (£26,195) and London (£25,909).

However, it is not all bad news. If you hold some sector relevant experience and are willing to prove your worth over time, then Birmingham holds the highest potential for pay rises over alternative regions. In Birmingham you can expect to increase your salary by an average of 53.9%, higher than cities like London (52.8%) and Newcastle (50.2%).

Whilst promising for established professionals, this is of course dependant upon the sector you work (or wish to work) in. For a more in-depth look at your career’s salary prospects by region, download our Midlands Salary Survey, which covers a variety of roles and levels from Marketing Executives to Communication & Creative Directors. 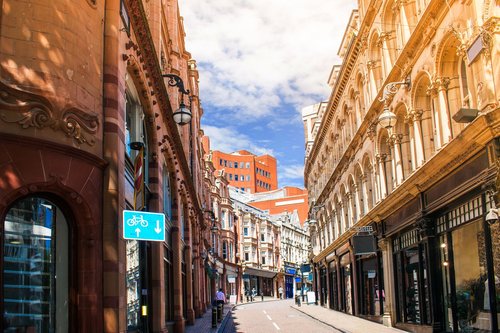 We have previously reported investment in the Midlands region is increasing, making cities like Birmingham more attractive for businesses.

In fact, if you want to work for a small business within the UK according to the 2019 Small Business Index, Birmingham is the best place to be. Outperforming cities like London, Manchester and Glasgow, the overall potential to join a growing firm and make a small difference within the region is high.

In addition, for those who prefer to work as part of a larger team, many renowned businesses have made their home in Birmingham. With HSBC recently opening a new Headquarter in the region, alongside Deutsche bank and KPMG calling it their home, Birmingham is a strong base for anyone looking to work within the financial and professional service sectors away from the hustle of the capital.

But Birmingham is not just about suits and the nine to five. It also plays host to a strong and ever growing agency market, which blends a range of large name brands like McCann, with smaller independent creative studios such as M3 who recently expanded into the city.

We could probably talk about the range of opportunities Birmingham and the West Midlands has on offer all day, but that wouldn’t be a productive use of your job seeking time!. For a closer look at the vacancies Birmingham currently has on offer you can visit our job search page or get in touch with us today.